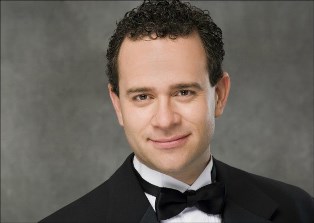 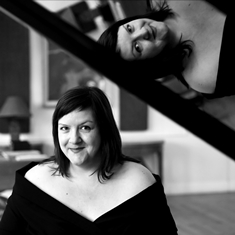 Bass-baritone Patrick Carfizzi opens the 2015-2016 season with his return to the Metropolitan Opera as the Mandarin in Franco Zeffirelli’s production of Puccini’s Turandot under the baton of Paolo Carignani, and as Cecil in Sir David McVicar’s production of Donizetti’s Maria Stuarda under the baton of Riccardo Frizza. He also makes his company and role debut as Zeta in Lehár’s The Merry Widow with Lyric Opera of Chicago opposite Renée Fleming and Thomas Hampson, directed by Susan Stroman and conducted by Sir Andrew Davis. Mr. Carfizzi continues his season with a return to Lyric Opera of Kansas City as Dulcamara in Donizetti’s L’elisir d’amore, and he makes his Austin Lyric Opera debut as Dr. Bartolo in Rossini’s Il Barbiere di Siviglia. He returns to the Hessisches Staatstheater in Wiesbaden, Germany as Dulcamara in a new production of L’elisir d’amore, and as Fra Melitone in gala performances of Verdi’s La forza del destino.

Mr. Carfizzi’s 2014-2015 season featured his company debuts with the Lyric Opera of Kansas City as Mustafa in Rossini’s L’Italiana in Algeri and with San Diego Opera as Henry Kissinger in John Adams’ Nixon in China. He returned to Seattle Opera as the Music Master and Truffaldino in Strauss’ Ariadne auf Naxos, as well as Houston Grand Opera as the Speaker in Sir Nicholas Hytner’s production of Mozart’s The Magic Flute conducted by Robert Spano. Mr. Carfizzi rounded out his season with his role and company debut as the title role in Donizetti’s Don Pasquale with the Hessisches Staatstheater. Orchestral highlights of Mr. Carfizzi’s recent seasons include performances with the St. Louis Symphony under the baton of Markus Stenz in Brahms’ Requiem and Vier ernste Gesänge, and Britten’s Peter Grimes with the St. Louis Symphony under the baton of David Robertson, performed both in St. Louis’ Powell Hall and New York City’s Carnegie Hall in commemoration of the composer’s 100th birthday.

Mr. Carfizzi made his Metropolitan Opera debut in 1999 and has performed over 300 times with the company in a variety of roles, including Schaunard in Zeffirelli’s iconic production of La Bohème, which was broadcast on the Emmy and Peabody Award-winning Live in HD series to movie theaters around the world, the Jailer in John Dexter’s production of Dialogues des Carmélites, Masetto in Don Giovanni, Haly in L’Italiana in Algeri, Brander in Berlioz’s La damnation de Faust, Peter Quince in Tim Albery’s production of Britten’s A Midsummer Night’s Dream, and Frank in Jeremy Sams’ new production of Strauss’ Die Fledermaus. Other Met productions include Le nozze di Figaro, Turandot, and Gianni Schicchi.

Mr. Carfizzi is a graduate of the Yale University School of Music and the winner of several prestigious awards including the Richard Tucker Career Grant Award, the George London Award, the Sullivan Foundation Award, The Richard F. Gold Career Grant from The Shoshana Foundation, and the Sergio Franchi Memorial Scholarship from the National Italian American Foundation. He also participated in the Metropolitan Opera National Council Auditions where he was the Connecticut District Winner.