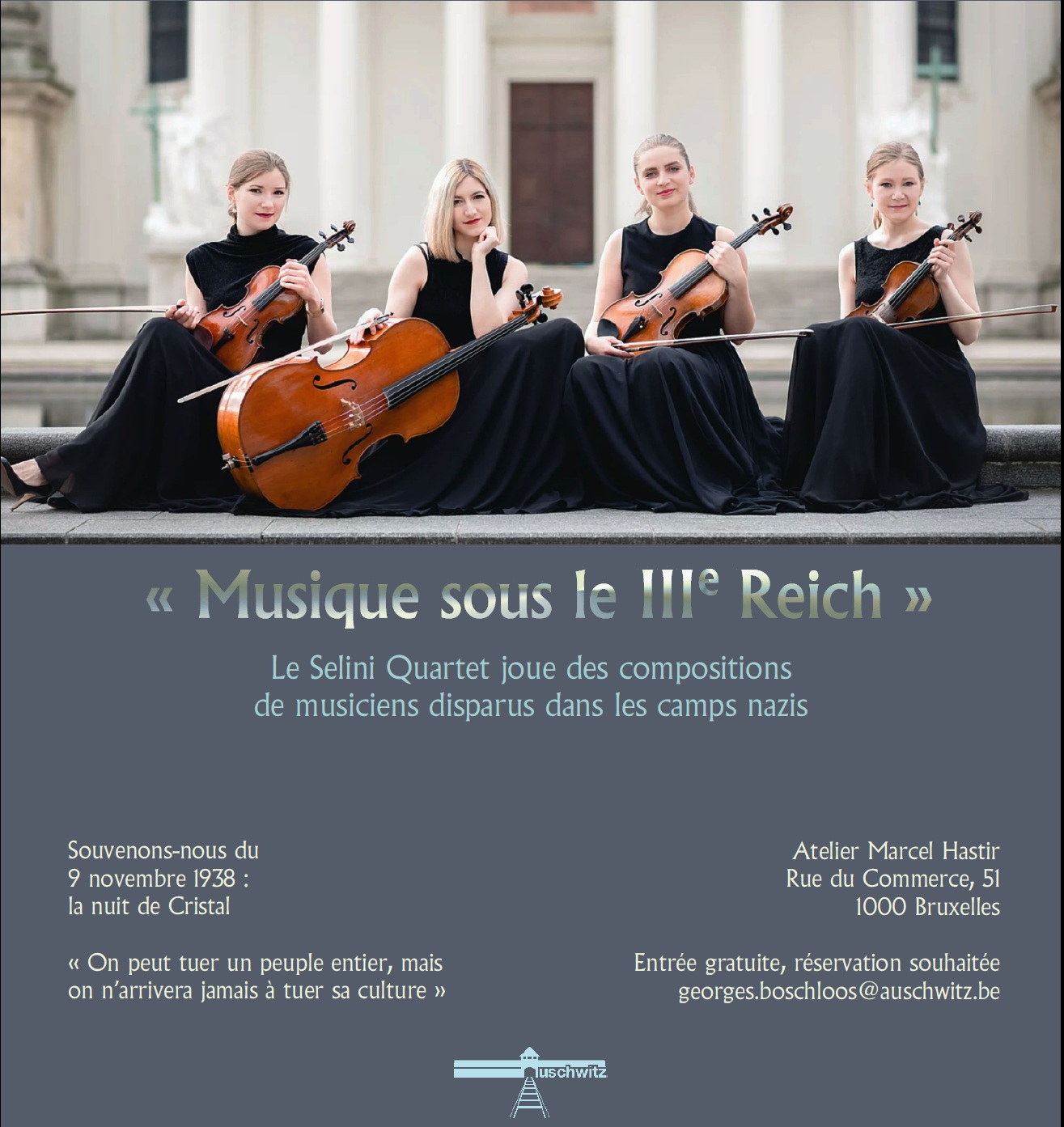 Eventhough they have been in action for only two years, their dedication and passion has led them to perform in some of Vienna’s major concert venues such as Vienna Musikverein, Vienna Konzerthaus, Schuberthaus, ORF RadioKulturhaus, Burgtheater, Hofburg, NOSPR Hall (Poland). Abroad, they have appeared in countries like Germany, the UK, Greece, Switzerland, France, Portugal, Czech Republic and Poland.

Their recent performances have included appearances at the „Prague Clarinet Days“ Festival, the “Steirisches Kammermusikfestival” in Graz, the « Harmos Festival » in Porto and at the “Aegina International Music Festival”. Performing a wide range of repertoire has also led them to a collaboration with Wien Modern Festival.

In August 2018 the Selini Quartet has been awarded the “Artis Quartet Prize” of ISA Competition (Austria), which let to them performing at the ORF RadioKulturhaus, and a recording for the Austrian national radio.

Selini Quartet is currently studying for a Master of Chamber Music with Prof. Johannes Meissl at the University of Music and Performing Arts in Vienna.
They have been chosen as one of the four quartets to participate in the Chamber Music Residency program of « Festival d’Aix-en-Provence » 2019.

Upcoming projects include among others concerts in Italy, Norway, France and concert halls such as Muth Concert Hall (Vienna) and in Pölz Hall (Amstetten, Austria). –        The Selini quartet is thankful for the support of “Goh Family Collection”.