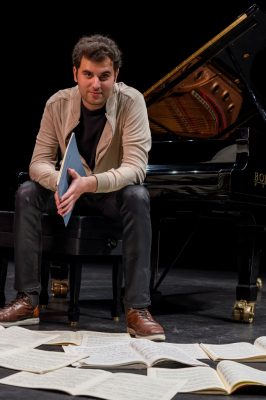 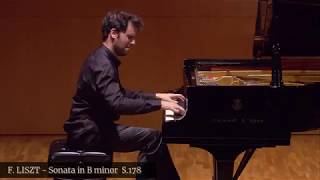 Passion, lyricism and sincerity are the three main characteristics that reflect the personality of Jose Antonio Candel at the piano. Its connection to the instrument and the enthusiasm and intensity with which he approaches music fills his performance with a transcendental virtuosity that deeply touches the audience.

His concert activity is carried out in Spain, France, Belgium, Portugal, Germany, England, Italy and Nigeria, highlitling his participation in International Festivals such as “Sic itur in astra” in Torre in Pietra (Rome), the “Midsummer Festival” in Berlin, the “Flamenco Festival” in the Cervantes Theater in London, as well as his performances of Albéniz’s “Suite Iberia” at the Muson Center in Lagos (Nigeria). – He has been a soloist with the Chamber Orchestra of Cartagena, Murcia’s Symphony Orchestra and the Elche Symphony Orchestra with great critical and public success, emphasizing the interpretation of the Mozart’s KV 271 concerts and Chopin’s Concert No. 1 Op 11.

He has participated in the recording of a CD in commemoration of the 200th anniversary of Chopin’s birth in collaboration with the Polish Embassy, as well as in the disc-book commemorating the 10th anniversary of the Concert Series of Young Soloists playing Albéniz.  – At present, he combines his intense concert activity with his teaching work, he is a full professor at the “Narciso Yepes“ Conservatory in Murcia, and recently taught masterclasses about Spanish music in Nigeria. For the next season, a new CD playing Chopin will be released.