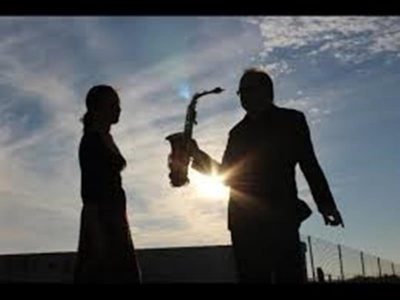 The musicians of Exprezz Duo found each other through a shared desire of striving for the deepest musical expression. They explore the repertoire for the most recent acoustic instrument with enormous scope for expression indeed. However they go also further using the tool forgotten in the world of classical music- improvisation with its power of uniqueness of now and here. The acoustic fabric of classical works gives the artists a pretext for improvisation in different styles. New musical structures come into being as a result: collages of classical and jazz timbres which the musicians play around with. This leads to new discoveries both for the performers and the listener. This fact is certainly appreciated since they have performed among others in Lincoln Center in New York, Kennedy Center in Washington D.C., Rome, Berlin, Brussels, Paris, Warsaw.

Both of musician follow also their own intense artistic career. Cezariusz Gadzina is the founder of the European Saxophone Ensemble which holds the honourable title – Cultural Ambassador of European Union and toured widely around Europe. He is also the artistic director of the Belgian Saxophone Ensemble with whom he performs not only in Europe but also in Asia and Africa.

Anna Ciborowska is the pianist who doesn’t like stereotypes, searching for new paths to discover or explore. Although her concert repertoire includes many pieces from the pantheon of piano literature, her discography refers to less know compositions. With The Polish Radio Chamber Orchestra Amadeus under Agnieszka Duczmal she has recorded Concerto for piano by Rafal Stradomski. Her searching passion led to releasing the CD  by the label DUX with the music of unfairly forgotten polish XIX centaury woman-composer Maria Szymanowska. She has collaborated with the esteemed Belgian writer and composer Gaston Compère who dedicated her many of his compositions. Some of were used as the soundtrack to the film ”Polders” produced by ARTE and RTBF.

Program at the ATELIER

(New composition written by a Polish composer for the Exprezz Duo)

This concert is co-organised by the association Muziek Forum and the foundation TAK within the cycle  MP 21.