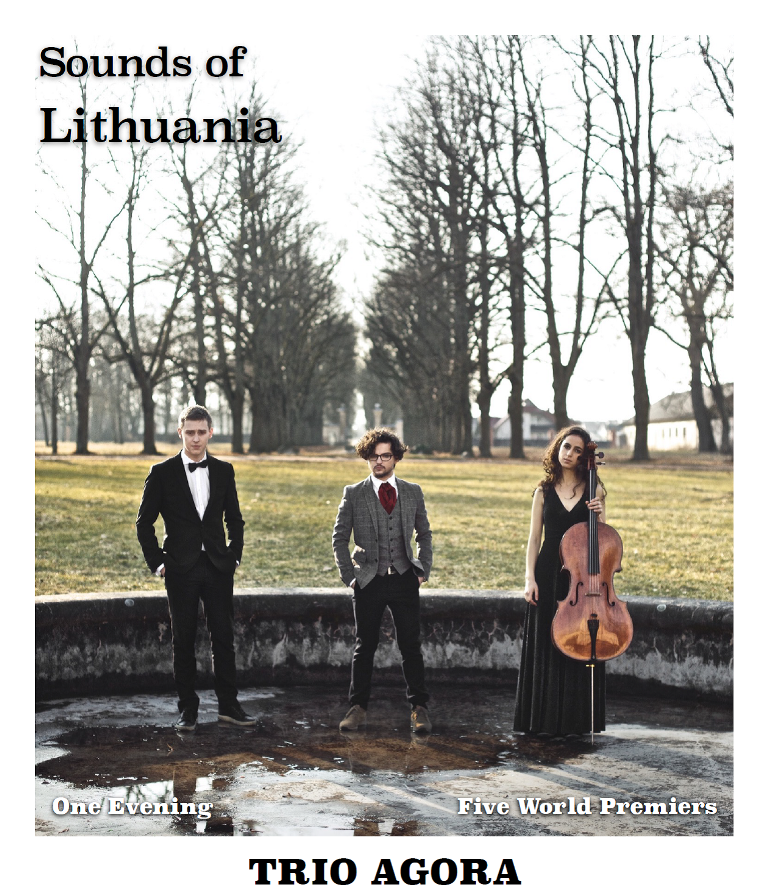 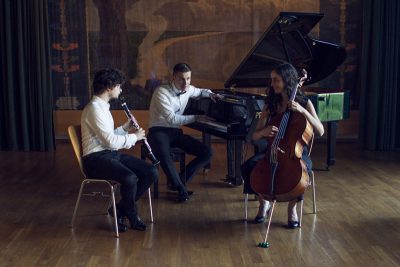 Trio Agora’s first CD was recorded in September, “Music of Youth.” This project was an interesting opportunity to expand the clarinet-cello-piano repertoire by creating new transcriptions of music originally for other instrumentations, focusing on early works of Mendelssohn, Debussy, and Rachmaninoff to complement Beethoven’s iconic Gassenhauer trio. Beethoven’s trio was both the foundation of the clarinet-cello-piano genre and also a sort of transcription in its own right, as Beethoven himself wrote the work for clarinet or violin, ad libitum. “Youth” was released February 2017, thanks to the generous sponsorship of the Quandt family.

ŽILVINAS BRAZAUSKAS was born in 1991 in Lithuania and began his clarinet studies at the age of eight at the Kaunas J. Naujalis music school. Soon after he began participating in competitions such as the “Eduarda Medna Jaunais Klarnetists” competition, and first prizes and other awards gave him the opportunity to begin a solo career, playing with such orchestras as the Kaunas City Symphony Orchestra and the Lithuanian Symphony Orchestra, as well as developing his chamber music skills.
His first CD with the Kaunas String Quartet was released in 2009 (V. Bartulis – „The Coming One“), and his second CD, Rossini-Variations for clarinet and orchestra with the Kaunas City Symphony Orchestra was released a year later. Masterclasses with Prof. Hakan Rosengren, Prof. Eduard Brunner and Prof. Sabine Meyer brought him to continue his studies in Germany.
In 2010, Žilvinas began his studies with Prof. Sabine Mayer at the Musikhochschule Lübeck, where he was given the opportunities to appear in the Brahms Festival Lübeck, in the Mendelssohn-Halle in Hamburg, and in Start-Junge Künstler live on NDR Kultur Radio. He recently completed an ERASMUS semester at the Conservatoire Superior National de Musique et Danse de Paris.
Žilvinas was first prize winner of the prestigious “Felix Mendelssohn-Bartholdy Hochschulwettbewerb” in Berlin, where he also won a special prize from the “Freunde Junge Musiker” association. A third CD featuring Žilvinas with the pianist Violetta Khachikyan was recently released as a part of the prize. Žilvinas currently studies with Martin Spangenberg at the Hanns Eisler conservatory in Berlin. 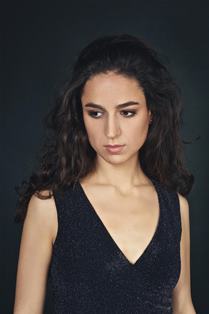 As a soloist, Natania recently performed alongside her brother Benjamin Hoffman in the premiere of Joel Hoffman’s “sizzle” at the National Center for Performing Arts in Beijing, China, with the Beijing Bamboo Flute Orchestra, under the baton of Hu Biao. Additionally, she has performed with the Orchestre Royale de Chambre de la Wallonie, the Cincinnati Symphony Orchestra, Cincinnati Symphony Youth Orchestra, and with the Lakeland Civic Orchestra, among others. Competitions won include first prize in “Giovani Musicisti, Città di Paola,” “Città di Cremona” 2016, and Natania was a prizewinner of international ‘Giovani Musicisti‘-Città di Treviso and “Premio Crescendo” Firenze, in 2013. 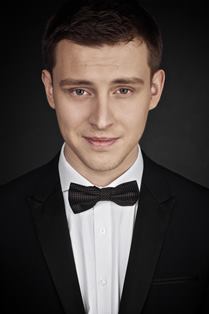 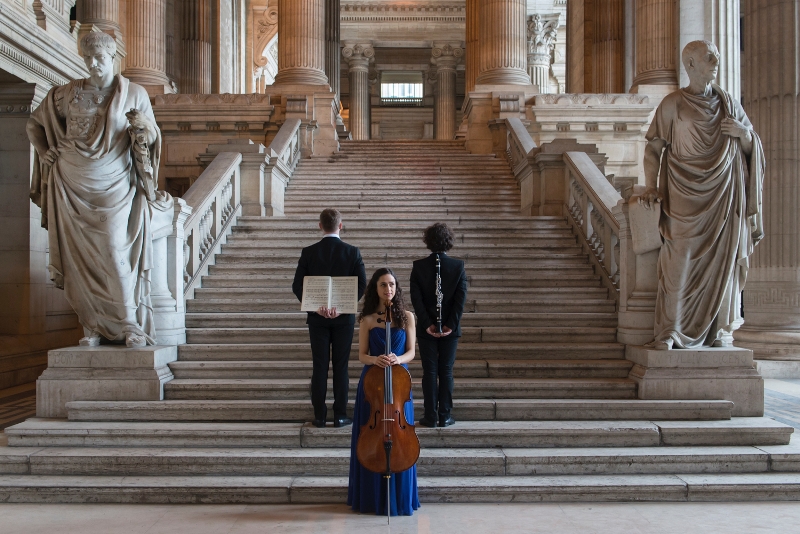