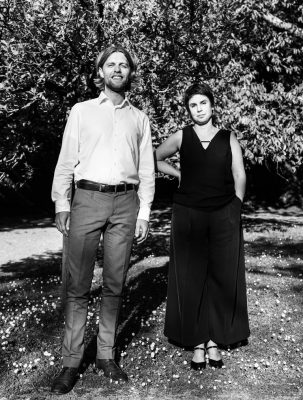 Bert van de Wetering studied at the conservatory in Zwolle with Lodewijk Meeuwsen. During his study, he also took lessons from Max van Egmond.
After his study at the conservatory, Bert continued his study with Frans Fiselier and Hanneke de Wit. At present he is taking singing lessons from Margreet Honig. In addition, Bert also participated in master classes by Michael Chance, Beryl Foster, David Wilson Johnson, Roberta Alexander, Rudolf Jansen, Jard van Nes, Elly Ameling and Robert Holl.
Being a solo vocalist, Bert sings a great deal of oratorio, as well as opera and recitals. Bert’s repertoire holds, among others, St Matthew Passion, St John Passion, the Magnificat, the Christmas Oratorio and many of Bach’s cantatas, The Messiah by Händel, the Requiem by Brahms, Fauré and Mozart, the Creation, Seasons and several Masses by Haydn, the 9th symphony of Beethoven, the Petite Messe Solenelle by Rossin, the Stabat Mater by Dvořák and the Elijah of Mendelssohn.
Bert also represented the part of ‘Aeneas’ in Purcell’s opera ‘Dido and Aeneas’ , as well as the part of Figaro in the opera ‘The marriage of Figaro’ and ‘Papageno in the Zauberflöte, both by Mozart.
He sang with leading orchestras in the Netherlands like Het Gelders Orkest, Philharmonie Zuid-Nederland, het Nederlands Symfonieorkest, Concerto d’Amsterdam en Florilegium Musicum. As a singer of songrecitals he works with different pianists. On his repertoire are songs of Schubert, Brahms, Schumann, Fauré, Duparc, Ravel, Vaughan Williams and Finzi With his brother Geerten, being an organist, Bert has formed a permanent twosome. They regularly perform in concert halls and churches throughout the Netherlands. Bert teaches singing at the ArtEZ conservatory of Zwolle.

Joana Resende born in Porto (Portugal) and graduated from ESMAE (Superior School of Music and Performing Arts of Porto) in prof. Jaime Mota´s class, having been awarded the Eng. António de Almeida Foundation prize. That same year Joana studied at the Hochschule für Musik und Theater Felix Mendelssohn Bartoldy in Leipzig with profs. Gerald Fauth (piano), Karl-Peter Kammerlander (Lied accompaniment) and Gudrun Franke (chamber music). She graduated from the Porto Music Conservatory with prof. Vitaly Dotsenko. During this period she worked with the pianist Helena Sá e Costa and was awarded a scholarship from Calouste Gulbenkian Foundation (Lisbon). In 2009 Joana completed a Masters´s Degree in Performance from the University of Aveiro (Portugal), working with pianist Fausto Neves and presenting scientific papers in Portugal, United Kingdom, France and Brazil.

… A natural piano, a solid piano, knowing how to find, with happiness, the perfect path where she belongs. José Luís Borges Coelho, Feb 2016

About Joana Resende we like the sound and sensitivity in Schubert. Being Lied pianist is no small task, the emphasis on color, adjusting the interpretation to follow the poem, attacking in a natural manner on the singer’s guessed consonant, all was perfect. Henrique Silveira, Jan 2013